What Are Africanized Bees?

Nicknamed the “killer bee,” Africanized bees are a type of honey bee that is a common nuisance for Arizona homeowners. They were first introduced to the United States in 1990 when the killer bees escaped from a testing facility in Brazil. Since they were first spotted in Texas once they reached North America, Africanized bees have spread across the United States and continued to colonize in our area. Their populations in Arizona are slowly expanding. Just because you don’t see them this year doesn’t mean you won’t see them next year. Although they are beneficial honey bees that pollinate and add to the overall well being of the enviornment, their presence can cause panic and anxiety for those who suffer from nesting activity or are allergic to wasp and bee stings.

What is an Africanized bee?

You probably have heard of killer bees from movies such as The Swarm, where Africanized bees terrorize people, even stinging them to death. Luckily, this trope is untrue for the misunderstood killer bee. 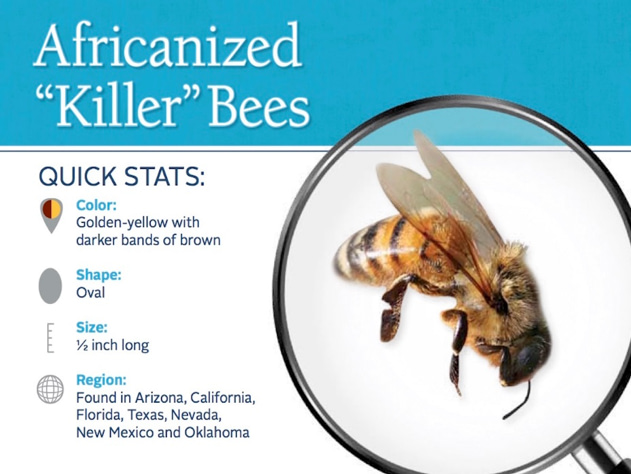 All honey bees go through a complete metamorphosis during their lifecycle. The time spent from an egg to an adult varies per caste level that each bee is a part of. Much like termites, Africanized bees function as a unit with multiple “castes.” These castes are made of a queen, workers, and drones. The queen is responsible for mating and growing the colony. She mates with an average of 10-20 drones in 7-10 days when it comes time to expand the castes. Drones are typically all males and are a result of unfertilized eggs. Workers are all females that exist to construct the nest physically.

Why do I have them?

Africanized bees have the dangerous behavior of “swarming.” Swarming means that some killer bees break away from the hive to create an additional hive to expand their colony. They are not very picky but prefer to nest in cavities or hollow areas. This includes spots such as garages, sheds, crawl spaces, trees, old tires, barbeque grills, tree hollows, and fences, all of which are concerns for homeowners. 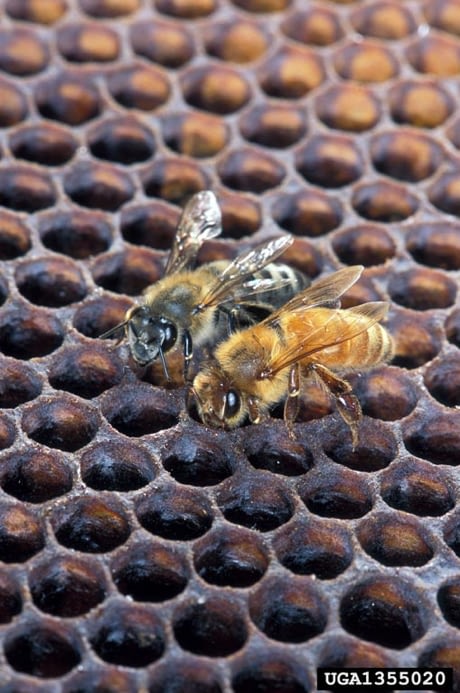 Killer bees attack as a defense mechanism when they feel that the nest is threatened. They are not known to find humans or pets to attack without being provoked. The bad news is that once an Africanized bee decides you are a threat, they can fly up to ¼ mile in pursuit. Another downside of Africanized bee nesting on your property is that they reproduce and swarm in large numbers and very quickly throughout the season.

If you are chased by an Africanized bee, pests.org suggests following these tips:

How do I get rid of Africanized bees?

Trying to get rid of killer bee nests on your own is not recommended. If you attempt to approach the nest, Africanized bees will attack you with multiple, painful stings. They can fly 100 feet away from the hive to chase you once they deem you as a target. If you find an Africanized bee nest on your property, call SOS Exterminating as soon as possible.

How can I prevent Africanized bees in the future?

There is no way to 100% bee-proof your home and property. However, there are some steps you can take to discourage nesting. If you create an undesirable environment, killer bees are less likely to nest. Clean up debris around your property, including old tires and overturned or empty flower pots. To prevent breakthroughs, seal cracks and crevices around the exterior of your home, paying close attention to gaps around piping and other small openings.