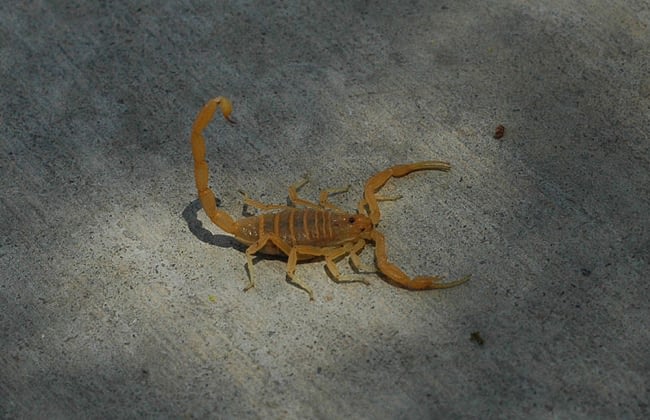 Arizona Bark Scorpions are the most common type of scorpion in the East Valley and, subsequently, the most bothersome for homeowners and business owners. They are yellow and brown with horizontal bands across their body. These terrifying creatures are an average of 3 inches long. They have two extended claws, six legs, and one venomous stinger. Arizona bark scorpions are native to Arizona, California, New Mexico, and parts of Mexico. They are the most poisonous scorpion in the state, sending tons of humans to the hospital every year. When it comes to pest control, scorpions are an unfortunate reality. If you aren’t prepared for possible scorpion infestations, your home may be vulnerable.

Why do I have scorpions in my house?

Scorpions can squeeze through incredibly small holes, less than ¼ inch. They are excellent climbers and use this skill to scale walls and ceilings. Arizona bark scorpions are nocturnal, hunting for crickets, spiders, cockroaches, other small or medium sized insects, and even other scorpions. Once they enter your home, they seek out dark areas with higher levels of moisture. This is why you’ll find a scorpion hiding out in your bathtub or basement. Because they prefer to be hidden in the dark, you might not know that scorpions are living in your home until you step on one. Despite their small stature, Arizona bark scorpions pack a powerful punch, causing extreme pain to its victim.

Why should I be concerned with scorpions?

Arizona bark scorpions are one of the most dangerous scorpions in North America. They can deliver a powerful venom to humans, resulting in severe pain. While death is uncommon, frequently experienced symptoms include vomiting, tingling and numbness, and other health complications. In the winter, Arizona bark scorpions gather in large groups of up to 40 individuals. Because they love to hide in darkness, this is especially dangerous when they enter your home. During the remainder of the year, they are mostly solitary, with the exception of mating season. It’s not a good idea to directly handle Arizona bark scorpions or any other kind of scorpion. Call a pest control professional immediately if you find scorpions in your home.

Do scorpions glow under a black light?

Yes, scorpions glow a light blue hue under a black light. The reason for this strange and unique behavior is not yet known. Black lights are a helpful tool that pest control professionals can use to inspect for scorpions. Scorpions prefer to hide in the dark, so this method is especially useful in detecting the pests that are otherwise more challenging to locate. Even though it’s tempting to try it yourself and witness the unique glowing phenomenon, you should leave it to the professionals. The risk of getting stung is just too high.

How can I prevent scorpions at my house?

Arizona bark scorpions get into homes through small cracks and crevices around the exterior of your home as well as broken and torn screening and windows. Be sure to seal off visible openings and repair or replace old dryer vents, window screening, and broken windows or doors — Trim vegetation including tree branches that are touching your home. Scorpions are known to climb trees and can use branches as natural bridges to crawl onto your house and into your home. Try reducing the moisture in your home by using a dehumidifier. Not only will this deter scorpions, but it can also prevent common house pests such as cockroaches. If you can’t get the scorpion issue at your home under control, give SOS Exterminating a call.

How does SOS Exterminating get rid of scorpions? 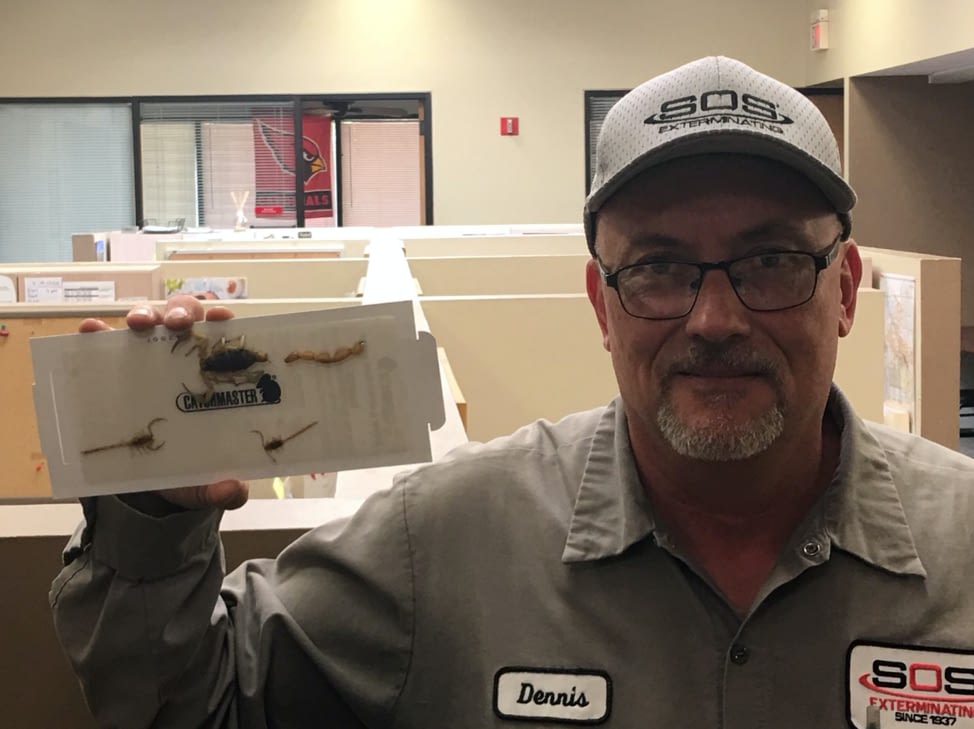 SOS Exterminating can seal your home against scorpion activity with our Scorpion Exclusion Service. Call us at 480-571-1473 or fill out the form on this page to set up a free scorpion inspection at your home!